Via the Self sufficiency, permaculture and sustainable living group, I’ve managed to secure a small quantity of Orange Devon wheat grain (or berries to use the right term) from a kind bloke called Mike in Surrey. He’s been growing grain for years – check him out at Heritage Wheat.

Pushing the boundaries of what can be grown on a clay hillside in The North is of enormous interest – an integral part of that ever evolving ‘eat what you grow’ experiment. I heard that this year’s UK wheat harvest is down around 40%, so regardless of the Brexit aftermath, bread and flour will become a lot more expensive.

I’ve also got some Barley that Dewy gave me to try. Growing wheat simply has to be viable in some shape or form, otherwise humans wouldn’t have grown it for centuries. Besides, toast is still my favourite food.

The English weather always catches me out. Last week, it rained non-stop and I thought ‘This is it now for the winter’, as I settled into my rustic drudgery mindset.

I was wrong again. It’s been fine this week and even pleasantly sunny at times. There are certain jobs that can only be done when it’s fine, such as bricklaying and concreting and I try and concentrate on those.

I’ve planted the wheat and rye in the hugel bed. Hugelkultur (= hill culture) is a popular type of no-dig raised bed gardening, used in permaculture, whereby logs are piled with manure. As the logs rot down, they form a spongy matrix that retains moisture. Mine is an adaptation. Logs are too precious, so I use hedge clippings instead. The netting is needed to stop the clever crows and magpies scoffing the lot. The remaining space is for the autumn garlic and onions when they arrive.

My method of piling a layer of fresh woodchip manure onto the beds in winter continues to work fairly well – it’s weed and pest free and rots down enough in time for spring. It’s inefficient though, because the beds are out of use in the winter. There are certain plants that will continue to produce all winter such as brassicas and some salads, so I need to get cracking with my composting system. Also, when I finally get a mower for the tractor, there’ll be lots of grass and shrubby material to compost. Only two of the six brick-sided compost bins are completed – yet another thing to add to my impressive catalogue of unfinished projects.

I’ve given my orange tree its drastic winter haircut. I carelessly left it out in the frost on Tuesday night and I’m hoping that it will survive. It’s been with me for a staggering 30 years or so. In my youth, I experimented with citruses, planting hundreds of pips. I over-wintered them in my cold unheated bathroom and this is the only one that survived. It was in the front room for years and years. This is its second winter on the ranch. It features in the video at the end. Last winter, I wrapped it in fleece under the lean-to and it survived. It has the longest sharpest thorns that I’ve ever seen on a plant. The leaves give off the most exquisite pungent orangy scent when you crush them.

I made some calendula and comfrey balm, salve, ointment call it what you will. It was an epic failure because I put too much beeswax in it and it’s set rock hard. I even bought some dinky little jars with the hope of selling it. I’m looking for an alternative plant-related income for when I get put out to pasture. I’ve saved a load of orange leaves from the pruning and I’m going to melt down the failed balm and add some orange leaf infused oil to make it more ointment-like.

Neill bounds into the office, Tigger-like and ebullient after two weeks of self-isolation.

His boundless positivity is a healing balm. We have in common a need to be outdoors and we share the believe that outdoor activity is health-protective. He thinks it’s largely psychological, but I remain convinced that there’s something else, above and beyond. The in common-ness diverges somewhat as I brag all week about getting my coat wet, whereas he climbs up vertical rocks and swims the channel and doesn’t tell anyone.

I’ve often felt that front-line nursing staff get a much tougher deal than medical staff. When t’govt announced a 2.8% pay rise for consultants, speciality doctors and associate specialists, I thought it was a smack in the teeth for nurses. I enthusiastically suggested sharing our 2.8% with nurses as an act of solidarity but it went down like a lead balloon.

The NHS is stretched just like it is every winter. Covid just makes it more difficult and there’s talk about what can be done to support the psychological welfare of over-stretched front-line staff. Again, nursing morale seems to be the hardest hit and I don’t know what the answer is. I think better remuneration and recognition would help. Supportive human contact definitely helps, but that’s in short supply at the moment. I just can’t help ripping the piss out of anything related to improving well-being that involves screen-staring. Despite being well-intentioned, it kind of misses the point.

More tests means more positives means more key workers out of action for a fortnight. I remain utterly sceptical of the out-of-hospital community testing system, run by a corrupt private company, channelling grotesque profits into the pockets of the wrong few people. It’s difficult to grasp the magnitude of a billion – a thousand million. A million seconds is 11.6 days. A billion seconds is 31.7 years. 12 billion of taxpayers’ money.

There’s no way of knowing the sensitivity,specificity or false positive rate. Detecting a fragment of RNA in the nasopharynx of a completely well person, is not necessarily the same as detecting infection or infectivity.

Behind the scenes, a bunch of very experienced clinicians work tirelessly to juggle and spin every imaginable plate to make things better. They work closely with GPs to try and even out some of the pressures.

I wrote and published a book DIY, just to prove to myself that I could do it.

Now the pesky habit just won’t go away and I can’t stop.

I’ve abandoned the stream of consciousness thing – I never got past the first page of On the road and I end up making a complete dick of myself. It is quite good fun writing non-stop for a few hours, but then I read it the morning after and think what the fuck have I written!

I’ve never written a novel before and I’m sure there’s a proper way of doing it, but I’m back on the DIY groove. I’ve abandoned doubt in favour of getting on with it and the first chapter is down.

The location is easy – it’s the hillside and its secret fox runs and dens. The main character is easy too. She’s based on an amalgamation of several people I know. The plot is simple too. I’ll keep it to myself though, for now.

Lock-down 1: its fear and uncertainty was juxtaposed with the most amazing heady, balmy spring and summer. Outdoor healing and protection courtesy of le soleil.

Lock-down 2 by contrast accompanies the dark descent into winter. Those of us fortunate enough, hunker down Scandinavian style, with stews, wines and screen entertainment. Those less fortunate, are in a much darker place with fear and uncertainty gnawing with the damp creeping cold.

I saw a comment from Terry Waite who was a hostage in Beiruit between 1987 and 1991. He pointed out that having to stop at home is better than being in solitary confinement in an underground cell for four years. He also advised being creative. Nice one Tez.

I’m working on a big printmaking project – the 26 woodblocks from my book in editions of 30 on nice paper. If I had an ounce of business nous (I don’t), I’d have them ready to sell for Christmas. The paper comes in big sheets and I have to fold and tear it into the small pieces needed for the prints. I’ve made a template to speed the process up. There’s something enormously absorbing and satisfying about printmaking.

In lieu of too much woe and misery, and based on the Bee Gees/Abba-esque character that I used in the In From The Sidelines video (and my interview ‘presentation’), I’ve created a comedy character called M C Saga – Rapper and Hip-Hop artiste. He was in England to record his third album when his car broke down in the foul town of Burnley and he ended up being exiled there due to Covid.

It all came about when I was asked to record a bit of video for a friend. Louise and I got dressed up for the occasion. More next week.

I’ve always had a fascination with America. It began with the music as a teenager and continued with visiting Khany in Florida twice. There are three anti US gun-toting songs on the Vincent Black Lightning records – Insane, Charge and Dis Non.

When I met Emma, I’d never heard of Delaware. The Delawarian joke is Delawhere? in that it’s less heard of across the pond than other American places. Not any more. What’s more, she lives in Wilmington.

We’ve all been following the election with interest, as it mirrors our situation in more respects than one. Fart won’t go without a fuss and he has the support of myriads of armed thugs of various denominations.

How on earth can so many people vote for such an egomanical narcissistic uncaring prick? How can they then continue to support said prick, when they oversee the most catastrophic logistical fuck-up in their respective countries’ history, resulting in the deaths of many thousands? The English are thinking one down, one to go and De Pfeffel must be shitting his pants.

There’s a big chunk of common ground: Everyone wants their lives and livelihoods back; Everyone is prepared to put their trust in the science and the experts; Everyone has had enough of the fuck-uppery of their hopelessly inept and corrupt government.

There’s a genuine sense of joy about it, because it’s a decisive victory for reason and fairness over fascistic darkness – a dissolving of ultra-polarisation. Today, we’re remembering all those who died in the WWs. Cori Bush, a black, single mother nurse gets elected in Missouri and her acceptance speech is a corker. As for a black woman of Jamaican and Indian heritage as VP, that’s a sky rocket. 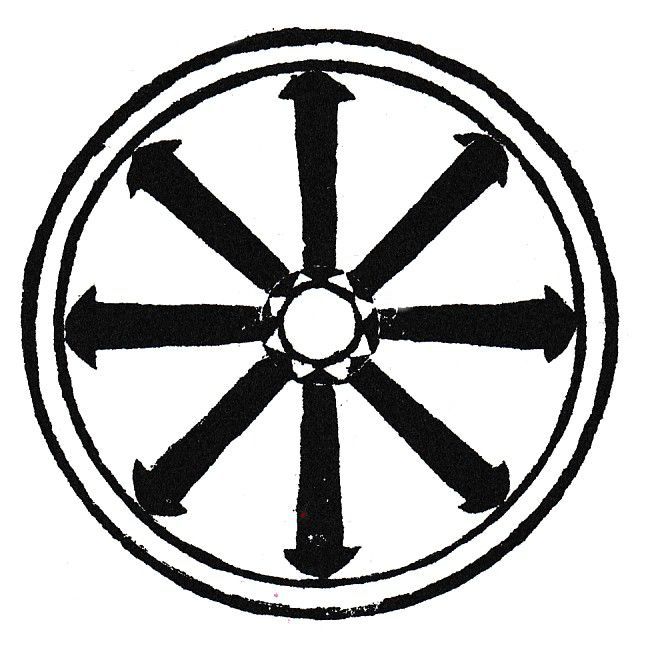