On Monday I’m exhausted. The last thing I feel like doing is going to the ranch. Who else is going to empty the muck midden though?

It’s coruscatingly clingingly cold. Wet and rainy. The track and the main path in the field are slop-slimy welly-clinging mud mud mud.

I’ve always had a ‘worst first’ ethic and guess which job is the worst? When it’s wet, water pools in the bottom of the midden, creating a vile foul-stenching vomit-inducing slop.

My other current flab-busting job is digging up bricks from the old track at the far end of the field. I’m using them to build a little off-grid ‘substation’ (demi-shed E).

Yesterday, I’d taken Sam and Esme wild swimming in the lodge next to Incredible Farm high above Hebden Bridge. It was freezing. Yikes, they’re brave.

Afterwards one of the WWOFERS* showed us round the farm. I was inspired.

This year, they’ve sold around 9k’s worth of food. They sell it through the wholefood shop on the main street in Hebden. I’d like to do that one day. A lot of the trendy little towns round here have wholefoody shops – poor old Burnley has bugger all. We’ve even talked about converting the garage on the bottom allotment into a little market stall type affair.

They’re much higher up than I am and on steeper ground. It made me appreciate mine more than ever – the possibilities are endless.

The autumn wheat, rye garlic and onions are coming through nicely and I have all the seeds and compost I need for next year. I’m better prepared than I’ve ever been.

The 1954 Ferguson tractor came with a cold start system (Kigass) which was fitted to Spitfires – a little pump spays a mist of fuel onto a glow plug. I’ve restored it and now I can start the tractor when it’s freezing. Simple pleasures.

Despite the clinging grey cold, it was a special day. It was the winter solstice. The only way is up. The light drips back at an average of two minutes seven seconds a day. I actually quite like this time of year. There’s something comforting about the silent misty pall.

After the heavy jobs, I get a burst of enthusiasm and decide to clear out the greenhouse. Around four years in the making, it’s full of building and woodworking detritus. A few barrowloads later, as the light is fading, it’s clear. Spick and span.

It’s a cause for celebration. My regular readers will know that I have a shed disease. I have a bizarre habit of starting a new shed, before finishing the one before. The substation is the latest example.

This is the first time that I’ve completed a shed (demi-shed D). What’s more, it’s my most complex design. Two storeys, with a Dutch barn style roof and floorboards to be able to dig a root cellar at a later date. It’s all from 3D pictures in my head. Not a drawing in sight. I allow myself to be slightly pleased and I celebrate by planting a tray of rocket seed saved from my own plants. It’s a little symbolic gesture. I’m a bit of a sucker for symbolic gestures.

Like that time when I took the office record player to the consultants’ meeting and played a few bars of Teenage Kicks, or that time I stood gazing longingly and enigmatically through the window whilst playing John Lee Hooker’s I’m Leaving (Louise didn’t even notice).

Meanwhile, down the rabbit hole it’s trippier than ever. The gurning goons have lost the plot even more than before. De Pfeffel continues to hand out prizes to his arse-lickers. Who the fuck is Peter Crude-arse and how come he’s got a peerage?

The slimeball cunt who looks like a Beano character writes off Unicef’s gesture of funding breakfast boxes for children over the Christmas period as a ‘political stunt’ and the evil immigrant’s daughter secretly plans state sanctioned murder.

The astronomical fuck-up of Brexit meets Covid gathers pace and still people don’t see what’s coming. A gargantuan list of stuff just won’t be around in a couple of months time and travelling to, or doing business with Europe will become prohibitively difficult and expensive. I’m just nipping to the timber yard. A lot of the timber  is from Scandinavia. Down at the garden centre, most of the plants come from Holland and I’m trying to remember where champagne, rioja and cava come from. Many people are asking if the complete destruction of the small independent economy is justified.

There are several names for when a government starts to do whatever it wants, whenever it wants with impunity. Democracy certainly isn’t one of them.

I wouldn’t trust any of them with a single molecule of the steam of my turds. I have a healthy panoramic mistrust of anything and everything that they feed to us via their puppet media.

At least I’m getting better at baking bread.

Covid polarisation deepens. The central debate revolves around lockdown measures versus the collateral damage that they cause.

One end of the spectrum, populated by so-called conspiracy theorists says that a bunch of self-interested billionaires have severed the UK from Europe, in order to prevent scrutiny and taxation of their corruption. They are using Covid as the perfect excuse to impose totalitarian measures on the population, so that no-one can ever oppose them again.

At the other of the spectrum, medical people are telling us how real and devastating this thing is. A&E departments are overwhelmed, but then they’re always overwhelmed at this time of year. The need to swab patients before they move to a ward, makes flow more difficult. The biggest issue is the national deficit of 20,000 or so hospital beds, which the government has completely failed to address.

From where I’m standing, there’s definitely a new variant which is more infectious, and Covid admissions are definitely going up.

I can reliably report that in certain areas (e.g. Burnley Wood) where abject poverty has been worsened by the pandemic, compliance with the govt’s Covid measures are virtually non-existent. It’s plain to see on the BBC news clips about Burnley.

I’m hearing of more cases being transmitted from school children. On Christmas day, our intensive care had less than half of the Covid occupancy that it had at the peak. ICU bed occupancy nationally is below the three year average, yet some places such as London are busier than during the peak of the pandemic. There are high levels of staff absence there and annual leave is being cancelled.

I’m torn between doing extra shifts to cover absences versus the risk of bringing it home to someone vulnerable. I’m noticing more fractiousness and fraying, as staff become exhausted. I worked Christmas day (which was most convivial) and Sunday, so I’m ready for a few days off.

The science continues to be overwhelming, tempered with so many uncertainties. Swarms of social media dicks with no front line or scientific experience, spouting their shitehole opinions, just makes things worse.

There are papers emerging, supporting a lot of what I’ve said all along. Detection of hugely amplified fragments of RNA in the nasopharynx by a shoddily-run non-NHS, privately-run, out-of-hospital testing system does not equate to the presence of infection of infectivity.

I look at the Office for National Statistics figures quite a lot – particular those comparing current deaths with the five year average. There’s a big increase in non-Covid deaths at home over the five year average, suggesting that redistribution of NHS resources and home care is leading to more collateral deaths.

My sleeping is all over the place. Typically, I go to bed early then wake up around midnight and am wide awake for the rest of the night. Apparently, it’s extremely common and is being dubbed COVIDsomnia. It doesn’t bother me much, I just snooze later. I wonder if it’s part of some collective psyche – an unconscious reset.

People talk about returning to normal. It will never happen. There is however a golden opportunity to leave the festering carcasses of uber-consumerism behind and move lightly forward with much less baggage.

Drug and vaccine prices are always closely guarded commercial secrets, but a Belgian minister managed to blow the lid off the price that the EU will be paying for the various vaccines by publishing them on Twitter. It was quickly deleted, but the Guardian published them on the 18th December – check out the article here. It’s interesting that the Pfizer vaccine is 6.74 times more expensive than the Oxford/Astro Zeneca one (€12 vs €1.78). Wouldn’t it have been more in the public interest to get the Oxford vaccine out quicker?

Elsewhere, in our strange little world where nature is art and art is nature there are glimmers of growth.

Sam has resurrected Mistaken which I think is one of his best songs – written when he was sixteen. I’ve been trying to accompany him on double bass.

When the light switch switched.
My god, the darkness doubles.
It’s not too long before I find myself
Head over heels in trouble.

I’ve also got my first gig in ages booked at the New Continental in Preston, courtesy of my old friend Rico – it’s the weekend of 20-22nd August.

My Australian friends Paula and Mike kindly continue to include me in their Sonny Michael’s Show and we have some kind of transatlantic project in the pipeline.

On Christmas Eve, we get a surprise knock on the door and Dave, who has the allotment with Lisa, gives me a beautiful painting of Pendle hill from the top of the allotment track. It’s meticulously accomplished. I’m touched. Apart from some cola willies from the secret Santa at work, it’s my only present – we just don’t bother these days. As I said nature is art. Art is nature.

Despite knowing the Beatles and their records for so long, there’s always something new to discover. I came across an interview with John Lennon that I hadn’t heard before, pointing out how the Stones had ripped them off, basically copying every album that they did a couple of months later. ‘Even his second fucking record we wrote for him’.

Then something brand new appears. It transpires that Lord of The Rings Peter Jackson has got access to a staggering 56 hours of previously unseen Beatles footage from the Get Back era. He’s been editing it into a film. because of delays due to COVID, he’s put out a little taster and it’s absolutely gorgeous. Every little detail is beautiful: the clothes; the equipment; the messing around and the obvious love between them despite being not far from breaking up.

I bet I’m not the only one who would happily watch every second of those 56 hours.

I’m having doubts about M C Saga. I’d send him packing back to America if I could. The notion of a camp American rapper, who can’t rap or do an American accent touches a nerve of hilarity – a reflection of the surreality of the current crazy times but does the character work? He’s been dicking about murdering a Notsensibles song.

I’d like to see him get up to the ranch in his white platforms and empty the horse-muck. 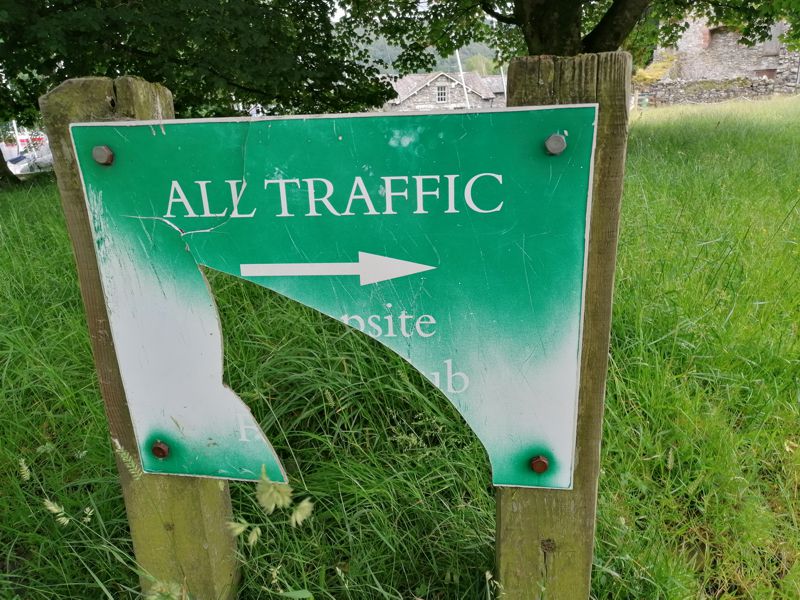 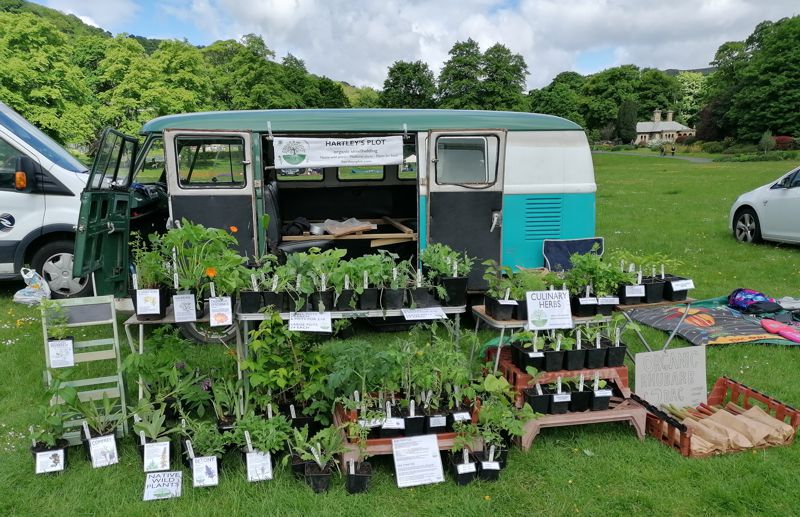 The Chattering of Sparrows Gallery

The Chattering of Sparrows 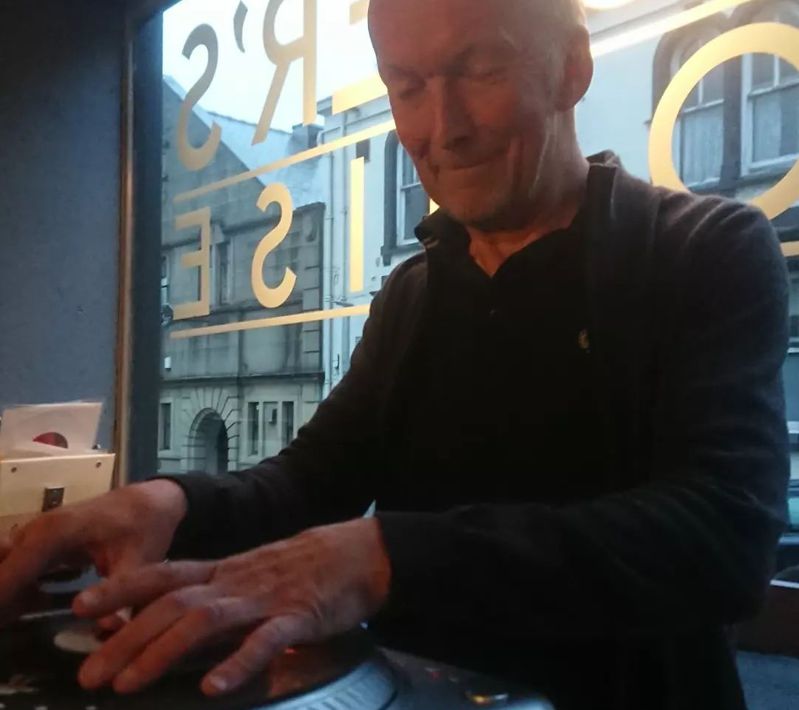